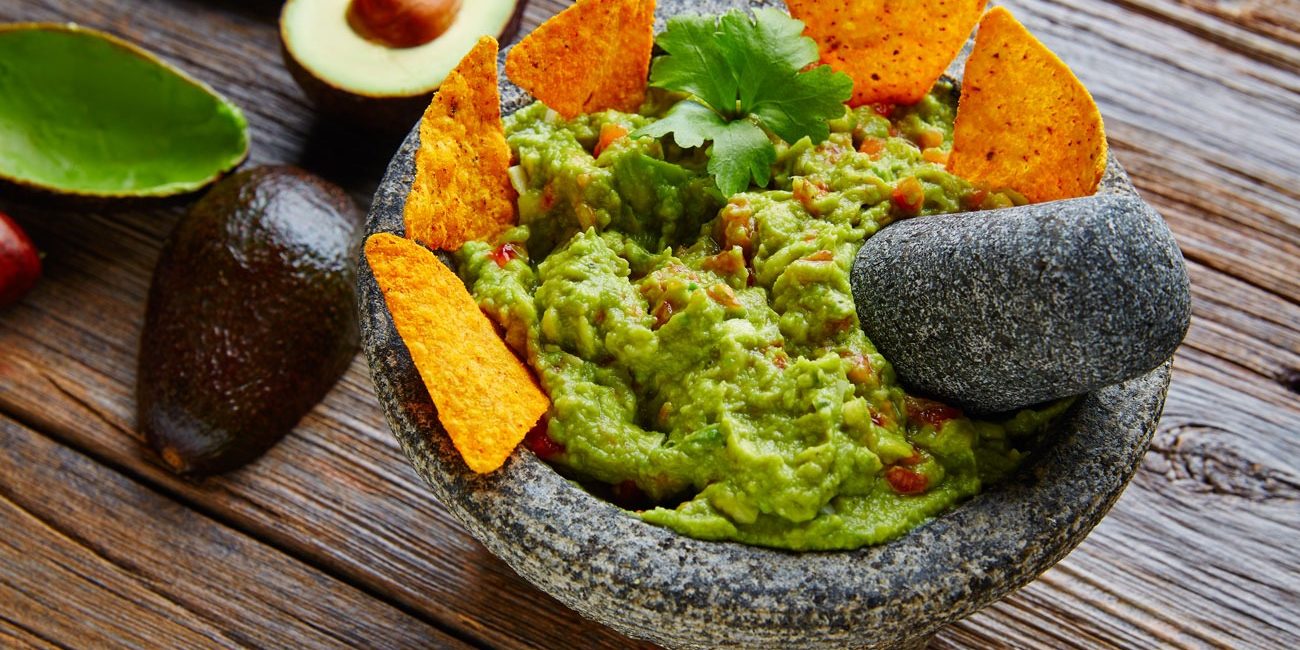 Guacamole, a staple of Mexican cuisine, has reached global stardom thanks to its popularity in the United States.This spread made of mashed avocado seasoned with condiments is the perfect party food: tasty, easy to make, and also healthy for you.

From its prehispanic origins in the Aztec empire to its conquest of the Super Bowl, the most spectacular sporting event in the world, Guacamole has a rich and tasty story to tell.

Guacamole dates back to prehispanic times, and it was consumed by the Aztecs, who enjoyed sauces made out of avocados. The word Guacamole comes from nahuatl, the language spoken by the Aztecs, and it’s composed by the words “ahuacatl” (avocado) and “molli” (sauce). If you are a Mexican food aficionado, you may know Mole, another popular dish in Mexico, whose name comes from “molli” as well.

It Has Evolved Over Time

The Guacamole recipe has changed over time, running parallel to the history of Mexico. The Aztecs made their Guacamole grinding avocados, tomato and chili in a mortar. The Spanish conquest of the Aztec empire in the 16th century was a shock, and Guacamole wasn’t immune to it. Garlic, onion, lemon sauce and salt were added to the recipe, giving birth to Guacamole as we know it today.

Rich in Potassium and Monounsaturated Fat

Avocados have twice as much potassium as bananas and Guacamole has fewer calories than sour cream. Potassium is important because it contributes to nerve function and muscle strength. It also contains monounsaturated fat, which may help lower cholesterol and regulate the level of sugar in your blood. Undoubtedly, the success of Guacamole is due in part to the fact that is seen as a healthier alternative to other sauces and dips.

A 2015 marketing study attributes the growing popularity of Guacamole to its association with “multicultural consumers”. This category includes consumers from varied cultural backgrounds either by their ancestry or by the relationships they have established with other people. Ultimately, the popularity of guacamole is a sign of the rising influence of Latino culture, one of the most relevant trends in the contemporary history of the United States

The ultimate cultural conquest of Guacamole is the Super Bowl, arguably the greatest sporting event in the world. Year after year during the Big Game, Guacamole takes a place of honor in many American households. The trend started in the 90’s and to this day Guacamole is crowned every January as the Most Valuable Player of many parties held all over the United States. Undoubtedly, the Aztecs would be surprised.