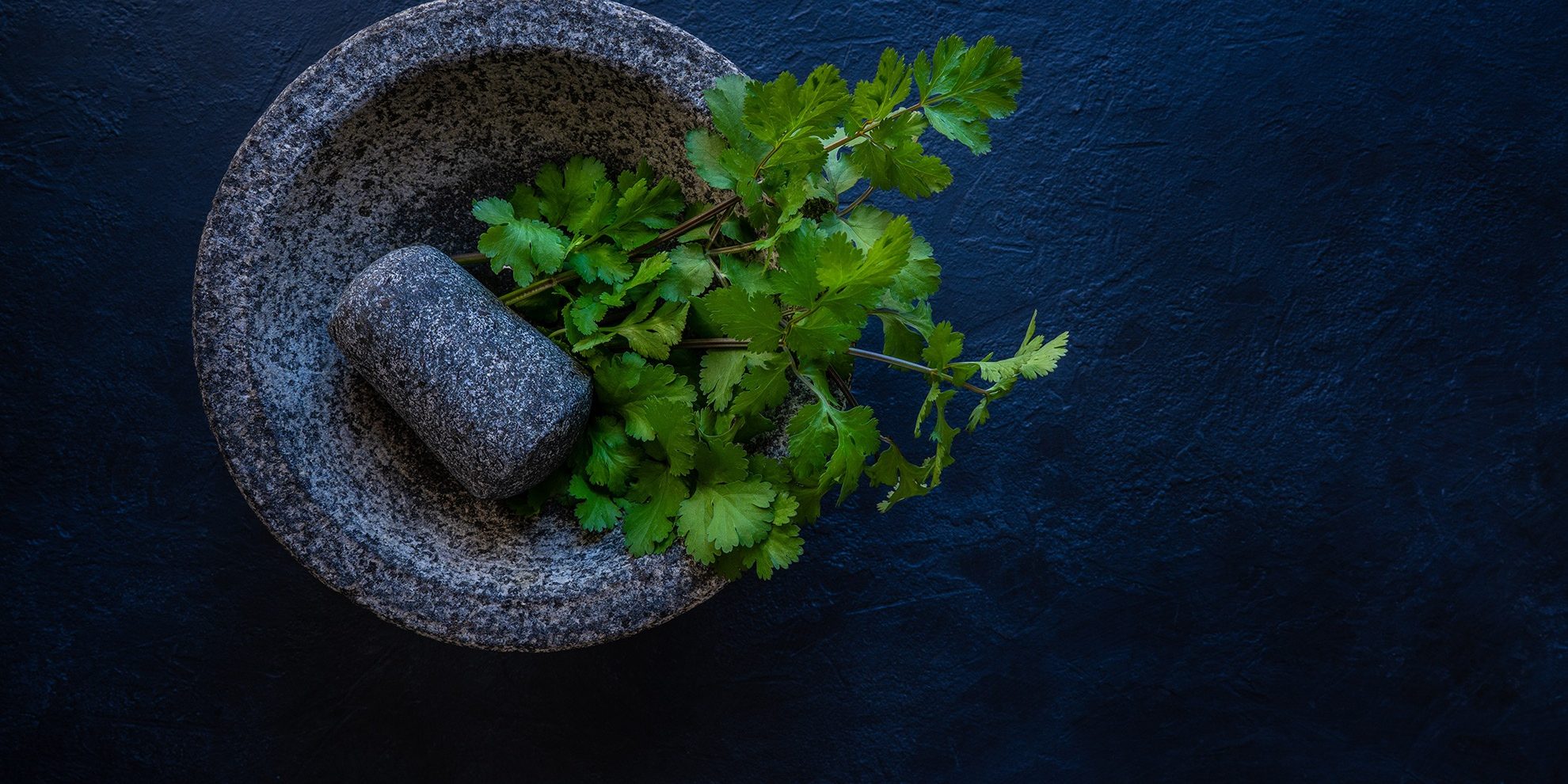 Cilantro is one of those small things that can make a big difference. Take Mexican food, for example. Eating a taco or enjoying fresh guacamole just wouldn’t be the same without this finely chopped herb.

Cilantro (scientific name, Coriandrum sativum) has a long history. For example, Romans placed some cilantro seeds (known as coriander) under their pillows when they had headaches. This herb is well-known in India and all Latin America, but it has a special place in the heart of those who love Mexican food.

This member of the parsley family adds a unique dash of taste to some popular Mexican dishes and salsas such as frijoles, pico de gallo, salsa verde and guacamole.

Cilantro is also a constant presence in the life of Mexicans. It’s everywhere, but ironically sometimes it goes unnoticed for that very reason! When Mexican women buy their produce at the local farmers market, they sometimes get a small, complimentary amount of cilantro. No taco place is complete without cilantro. In fact, cilantro and chopped onions are the classical taco toppings.

This herb not only enriches meat-based dishes; as a matter of fact, cilantro goes great with seafood and it’s an essential ingredient of ceviche.

We Can’t Get Enough of Cilantro

According to official figures, Mexico exported 64,647 tons of cilantro in 2017. You can top a lot of tacos with that! Mexicans (and the world) can’t get enough of cilantro. Mexico’s annual exports of this herb have increased by 123.2% during the last six years, with the United States being the most important buyer (98.1%).

In addition to being fresh and tasty, cilantro also contains some important nutrients. It’s a good source of vitamin C and also provides iron, potassium, magnesium and manganese.

Maybe the relationship between cilantro and Mexican food is so special because this herb serves as a fresh counterbalance to the spiciness of Mexican food. Again, a proof of how small things can make a big (tasty) difference.

At El Pollo Norteño we love how cilantro enhances the flavor of any dish or salsa, adding a touch of color and excitement to your meal.

Visit today any of our four locations (Anaheim, Santa Ana and Garden Grove), order online, get in touch through Facebook, or call 866-MI-POLLO to enjoy our authentic Mexican dishes: tacos, burritos, tortas, birria, our amazing chicken grilled to perfection over real Mesquite charcoal, and more!