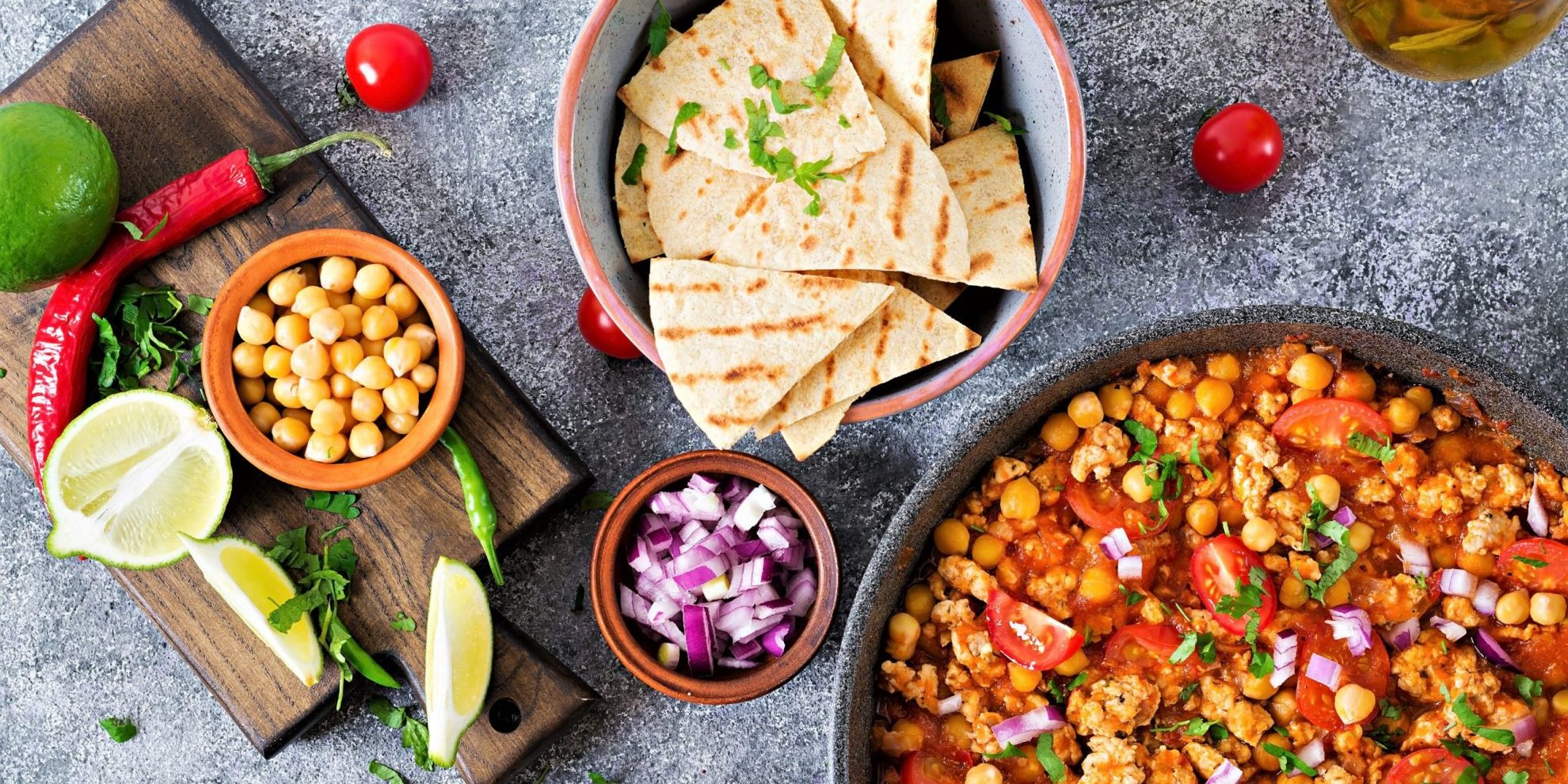 With this little glossary you’ll learn more about the dishes you already know and love. Hopefully it will also allow you to discover new options to keep exploring the enticing universe of Mexican cuisine.

This cooking technique involves marinating strips of pork, stacking them in a block and spit-roasting them in a vertical skewer. According to the most popular versions, carne al pastor was created in Puebla (central Mexico) sometime between the 19th and 20th century, influenced by the culinary traditions of the Lebanese community that lives there to this day.

Pork meat marinated in a recipe that may include milk and orange juice. The word “carnitas” means “little meat” but the result is big when it comes to flavor. A little salty, crunchy and soft, carnitas is so delicious that Mexicans usually reserve it for special occasions and Sundays.

Frijoles are good old beans. Beloved unanimously by Mexicans, they are essential to Mexican cuisine. At el Pollo Norteno we serve frijoles fritos and frijoles charros. Don’t ask us which one you should order, because both are delicious! As a meme suggests: Por que no los dos? Turns out that memes can be wise sometimes. Who knew?

A staple of Mexican cuisine, this tripe soup is usually seasoned with garlic, onions and chili. The result is so tasty and spicy that it can shake you awake. In fact, Mexicans consider Menudo a great hangover food. Its origins are a mystery. According to some versions, Menudo was invented during the Mexican Revolution, when food was in such short supply that no part of the cow could be wasted. Others claim that menudo dates back to the Spanish conquest.

Mesquite is the most common tree in the Southwest that was vital for the indigenous people who lived there and those of Mexico as well. Back when trains were the most important means of transportation, Mesquite wood was used in railroad ties, and now is used to make charcoal that is excellent for grilling.

Talking about Mesquite, at El Pollo Norteño we marinade our chicken in our secret northern Mexican recipe, and then we grill it to perfection over real Mesquite charcoal with spectacular results.

We love spreading the love for Mexican cuisine! Contact us today, order online, or call 866-MI-POLLO to savor our chilaquiles, a tasty torta, some delicious birria or our amazing chicken.