We Are Fans of Flan! 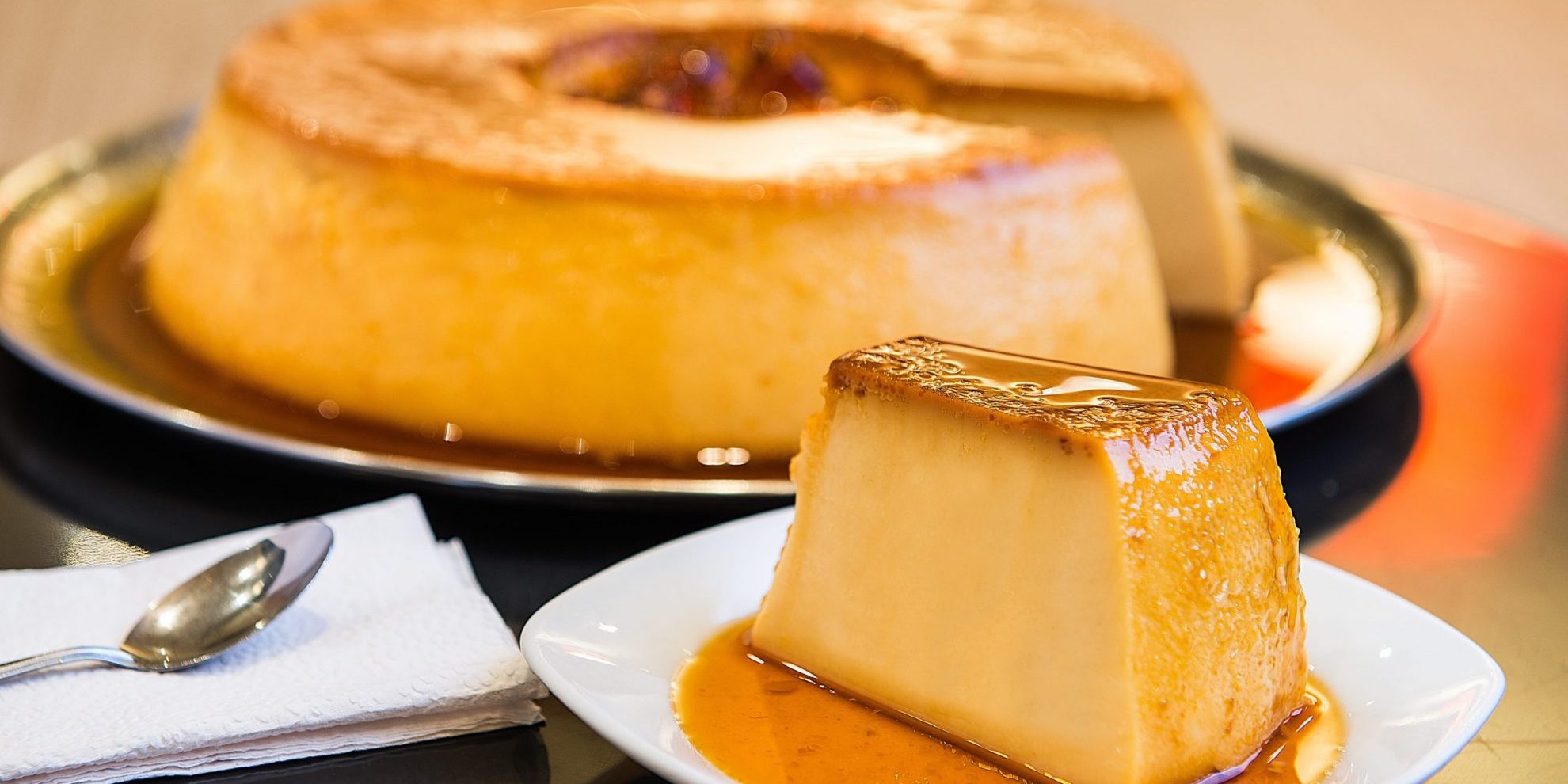 Do you know flan? If you are familiar with this delicious dessert, then you know why we love it so much: It’s sweet, elegant and really yummy. If you don’t know it, or the history behind it, then you’re in for a ride. Read on!

A Staple of Mexican Cuisine

While flan is one of the most beloved desserts in Mexico, the recipe actually comes from Europe. This fact is reflected in the name itself: “Flan” comes from French, which in turn took it from the old German word “Flado”, which meant cake or flat object.

In its European versions, flans are any kind of flat cake, either sweet or salty, served bathed in sauce. If they’re made with meat or fish, they can be served as an entrée, while sweet flans are served as desserts.

Flans became a staple of Mexican cuisine thanks to the Spaniards. The most common recipe in Mexico calls for milk, sugar and egg yolk. The ingredients are combined, and the mix is baked in water bath with caramel. The final product is soft but dense, and is served with melted caramel.

This dessert is extremely popular in Mexico. Many families still make their flans the traditional way, while others opt for instant flan mix, which is convenient but not as delicious as the real deal!

A Dessert Worthy of an Emperor

As is often the case with beloved Mexican dishes, there are many regional variations of this dessert. Flan napolitano (Neapolitan) is one of the most popular. Down South, in Chiapas, they love Flan de Frutas, which includes orange juice, raisins and cherries. In Toluca they still serve a traditional version of flan called Flan Imperial in honor of Emperor Maximilian of Habsburg, the second (and last) emperor of Mexico.

At El Pollo Norteño we have mastered the secrets of this great dessert. Enjoy this delicious and storied Mexican dessert at any of our four locations in Santa Ana, Garden Grove and Anaheim.

Whether you are intrigued by flan or you are already a discerning flan aficionado, don’t hesitate to call 866-MI-POLLO to place a catering or deliver order. And don’t forget that you can order online, too! Enjoy our delicious chicken grilled to perfection over real Mesquite Charcoal, our amazing tortas, our enticing tacos, or any among the other tasty options included in our menu!