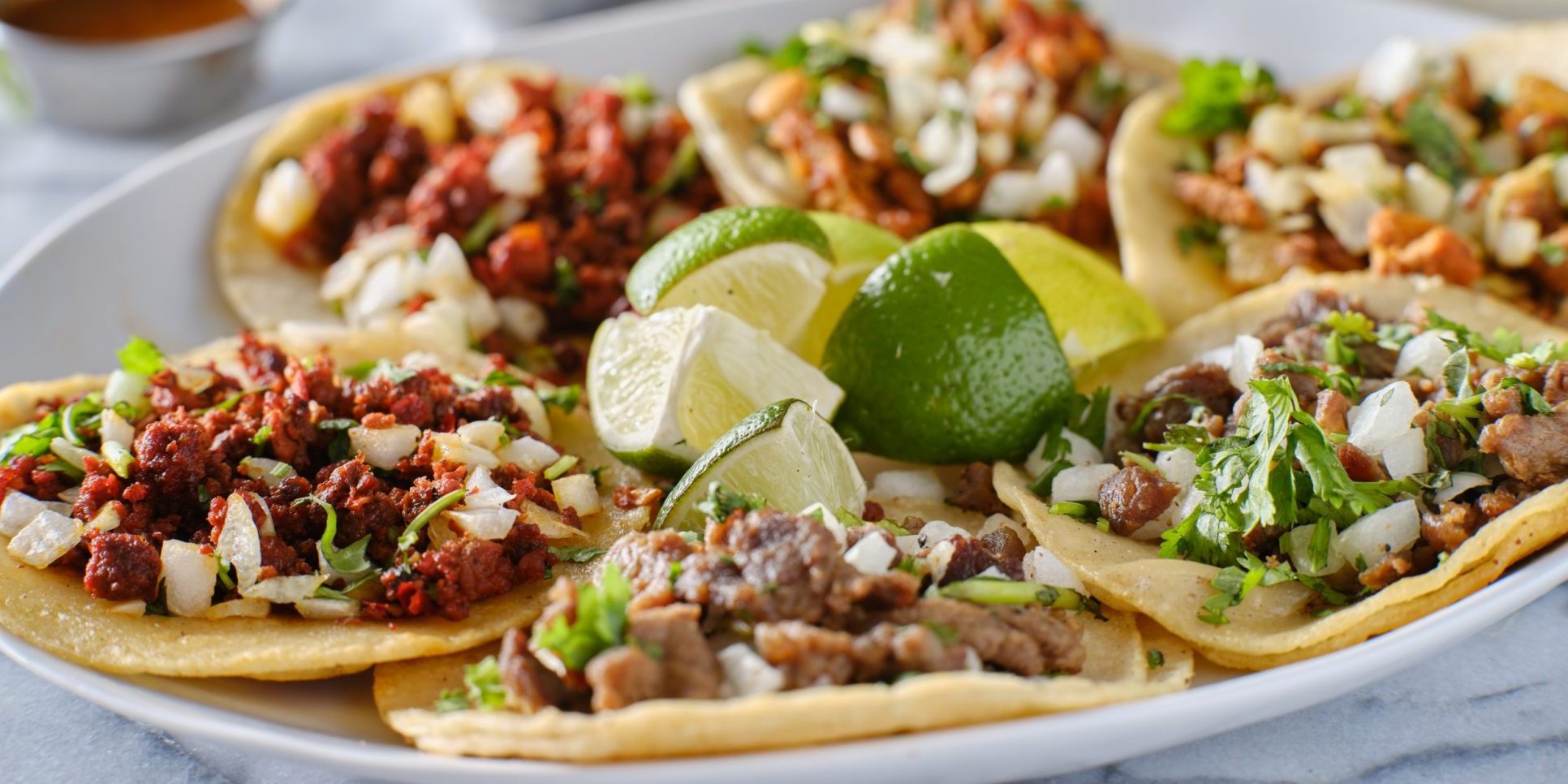 Everybody loves carne al pastor but not everyone knows the origins of its name. Come with us as we take a closer look at the story of this delicious dish.

“Carne al pastor” means literally “meat shepherd style.” While the origins of the term are still unclear, there are two popular theories.

Some believe that the term “al pastor” was adopted because shepherds in the state of Puebla (central Mexico) liked this cooking method.

Another theory is that “al pastor” refers to the lamb meat originally used to make these tacos. Lambs are young sheep, so the connection with shepherds would make sense, even if today’s al pastor is made with pork meat.

“Al pastor” is the most popular name for this dish. However, in Northern states like Nuevo Leon al pastor is also known as “tacos de trompo,” or “spinning top tacos,” due to the shape of the meat on the spit.

The Origins of Carne al Pastor

Regardless of the true origins of the name, historians agree that carne al pastor was created by Lebanese immigrants who arrived in Puebla in the early 20th century.

This puts carne al pastor in the same family tree as other similar Middle Eastern and Greek meat dishes like shawarma, doner, and gyro.

What carne al pastor and these dishes have in common is that in all cases the meat is seasoned and then cooked on a rotating vertical spit.

So there you have it: what’s arguably Mexico’s most famous taco has an Arab soul!