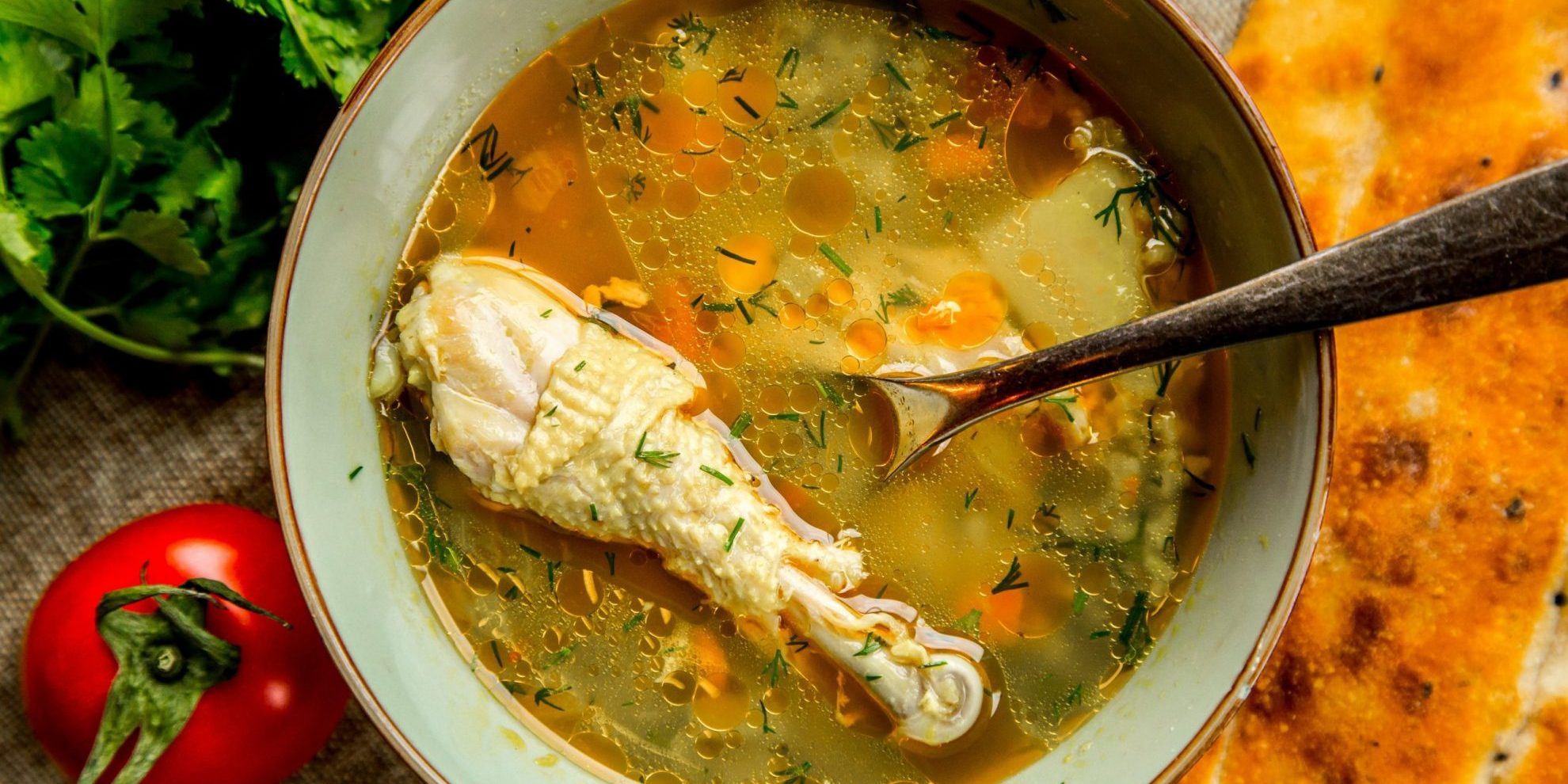 Caldo de pollo, or Mexican chicken soup, is a staple of Mexican households. As in many other countries, in Mexico, a nice plate of chicken soup symbolizes family bonds and home cooking.

Soups (or “caldos”) are one of the less-known aspects of Mexican cuisine. In some states, there is a variety of caldo made with fish (caldo “michi”), while in the state of San Luis Potosi “caldo loco”, or “crazy soup” is very popular (the dish owes its name to the fact that almost any ingredient can be used, from pineapple to corn.)

The Most Popular “Caldo” in Mexico

Our caldo de pollo is made with corn, zucchini, potatoes, carrots, and squash, and served with two whole pieces of chicken. Warm and nutritious, caldo de pollo is a delicious throwback to the times when life was a little less hectic and people (our grandmas and grandpas) had more time to cook.

From a nutritional standpoint, caldo de pollo is a smart choice. This traditional Mexican dish is a good source of vitamin A, amino acids, and proteins.

So, if you want authentic caldo de pollo in Anaheim, Santa Ana or Garden Grove, you know what to do! At El Pollo Norteño our specialty is Mexican food. Whether you want delicious grilled chicken, huevos rancheros, carne asada, or carnitas, we have something for you!

The best thing about authentic Mexican food is its amazing flavors. But the second-best thing is all the amazing stories around it. Every Mexican dish tells a small bit of the history of Mexico. These are some previous posts you can read to learn more about this fascinating topic:

If what you want is Authentic Mexican food in California, El Pollo Norteño is your best option.