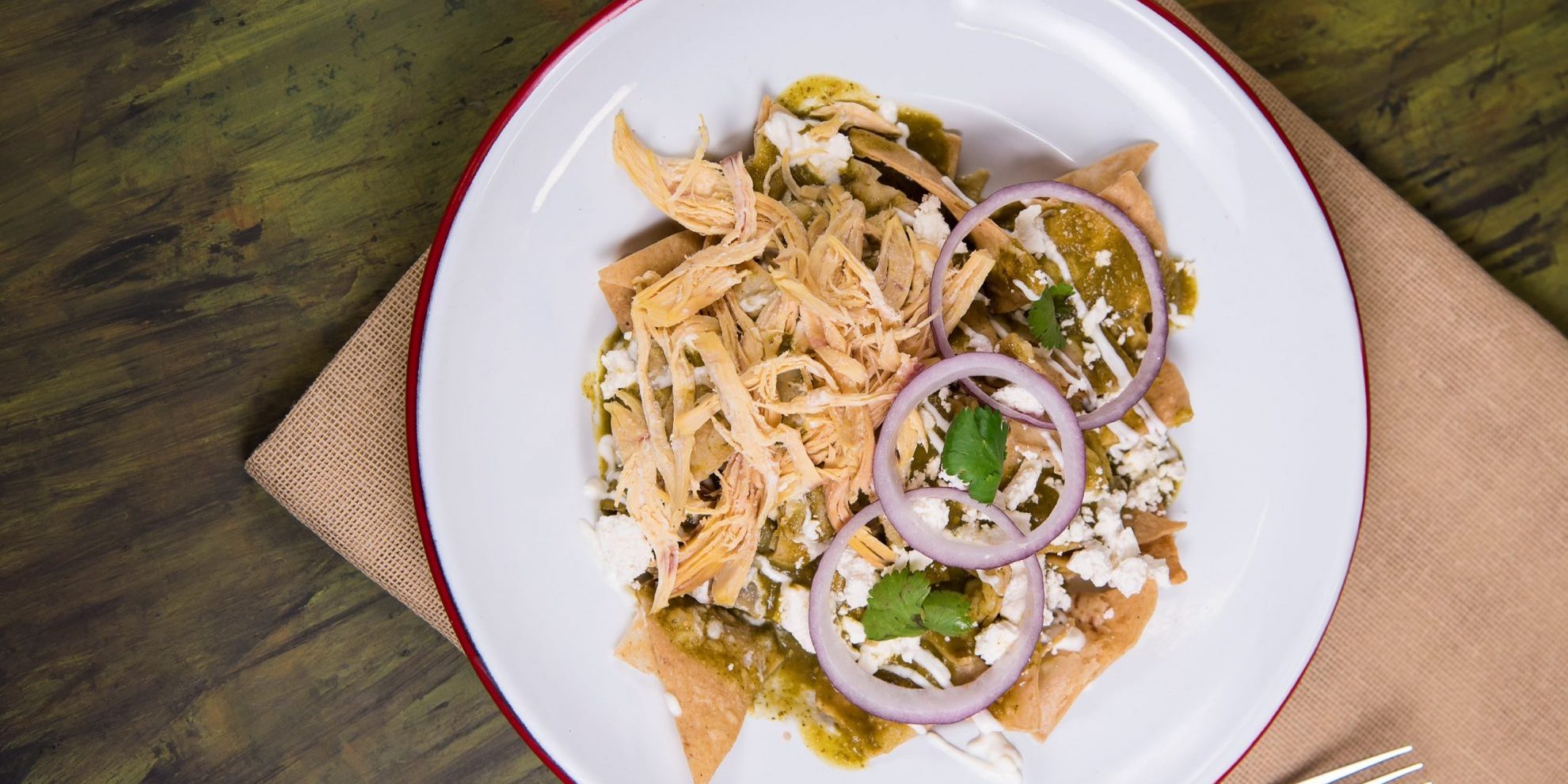 A tasty plate of chilaquiles is probably the most Mexican way to start your day. But who invented chilaquiles? Read on to discover the answer.

We don’t know exactly who invented chilaquiles. However, we can make some reasonable assumptions about the origins of Mexico’s favorite breakfast food.

Let’s begin with the name. The word “chilaquiles” is a combination of three terms in Nahuatl (the language spoken by the Aztecs): “chilli,” “atl” (water), and “quilitl” (edible herb).

Now, the fact that the word comes from Nahuatl is a hint that chilaquiles either have very ancient origins or were created early during the Colonial period.

However, it’s worth noting that even if the Aztecs made the first version of chilaquiles, the dish as we know it today wouldn’t exist without a contribution from the Spanish, who introduced ingredients such as crema and onion.

The Evolution of Chilaquiles

The first written mention of chilaquiles dates back to 1821, when they were included in a recipe book titled “El arte nuevo de cocina y repostería acomodado al uso mexicano”.

This version of chilaquiles is more calorie-dense than the dish we know today. In addition to the traditional ingredients, the 1821 recipe calls for chorizo, pork, and sesame seeds.

Everything seems to indicate that the recipe was streamlined over time until reaching the tasty perfection we know today: an unmatched balance between the spiciness of chili peppers and the freshness of tomato and crema. A winning combination that’s guaranteed to get your day off to a great start.

Looking for authentic Mexican food to celebrate Mexico’s Independence Day in, Anaheim, Santa Ana, or Garden Grove? Then El Pollo Norteño is the place to go.